Microsoft Dynamics 365 for Finance and Operations begin One Version era

Microsoft Dynamics 365 for Finance and Operations begin One Version era

Microsoft Dynamics 365 for Finance and Operations has entered the so-called One Version era, in which customers will say goodbye to traditional ERP upgrades and apply an ongoing and mandatory series of smaller updates to their systems on a monthly to quarterly basis.

Microsoft has made the case for the transition, hoping to convince current Finance and Operations (D365FO ) customers that the new approach will benefit them in the long-run, and that Dynamics AX customers that upgrade will never have to endure another upgrade project in the future. This is in line with Microsoft Office 365 Upgrade philosophy.

The transition comes at a time when D365FO is growing and adapted at a far higher pace than ever before in the ERP product family.

Another reason is due to improved upgrade and migration tools and the approaching end of life of various versions of AX.

The current model calls for customers to apply at least one update every three months, meaning a customer can skip two monthly updates but then must deploy the next one. For each update the customer can specify the week, day (Saturday or Sunday for most, but some industries like retail are opting for mid-week), and the time.

Another validation step for new updates will be the Release Validation Program, which brings customer-specific projects into an environment where they can be validated ahead of a release. Test results are checked by Microsoft and any defects are shared with the customer. This program requires sharing code and data with a team at Microsoft.

Customer responsibilities and response
The users historically have been unwilling to make frequent updates when they knew a system was working well, but One Version forces them to do just that. In theory, that risk from more frequent updates should be mitigated by two factors. First, early adopters will be getting these updates ahead of the majority of customers, and those teams should detect and report problems a month or more in advance of more conservative customers. Second, partners will be seeing the same update across all customers, meaning they should be able to predict the most common issues in any given month or quarter across all their D365FO clients.

The users did not raise significant concerns or questions in response to his guidance, which helped Microsoft propel in this direction at a faster pace. The business leaders have adopted to this model of SaaS and see the value in the long run.

Microsoft is also actively investigating customer needs and have engaged an independent consulting firm to report back to Microsoft on what customers say they need in various scenarios and industries (for example, FDA-regulated manufacturers, public sector regulations, ITAR compliance). Microsoft has already heard feedback from the community, which initially raised concerns, and is now in the process of adapting these principles. 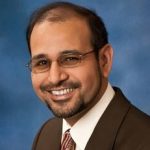